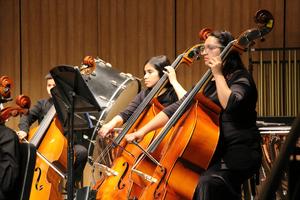 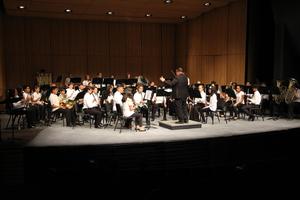 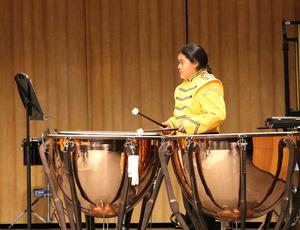 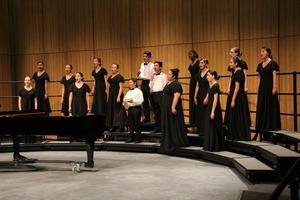 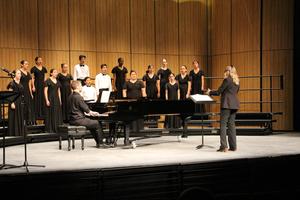 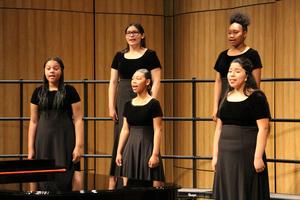 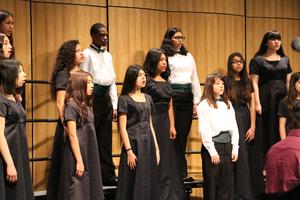 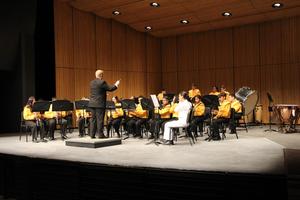 March 12, 2020 - The Visual and Performing Arts (VAPA) department at BCSD hosted two annual music festivals showcasing the hard work and talents of hundreds of students who are part of the music programs throughout BCSD.  The two events took place at Simonsen Performing Arts Center on the campus of Bakersfield College.

The first of these festivals was the 14th Annual Junior High/Middle School Band and Orchestra Standards festival.  The event featured performances from more than 1,000 students in 18 bands and orchestras before a panel of peers, family members and adjudicators.  After each performance, one of the adjudicators would meet with the group and provide immediate feedback and conduct an impromptu clinic.

Later in the week, VAPA hosted its 4th annual Choir Standards festival.  Thirteen choirs featuring more than 700 BCSD students performed for attendees and a panel of adjudicators.  In a similar format, the groups were critiqued, given feedback and an impromptu clinic to help them in their future practices and performances.

Congratulations to all of the student performers, directors and Visual and Performing Arts department for your hard work and dedication to the music education at BCSD.
Published March 12, 2020 Print